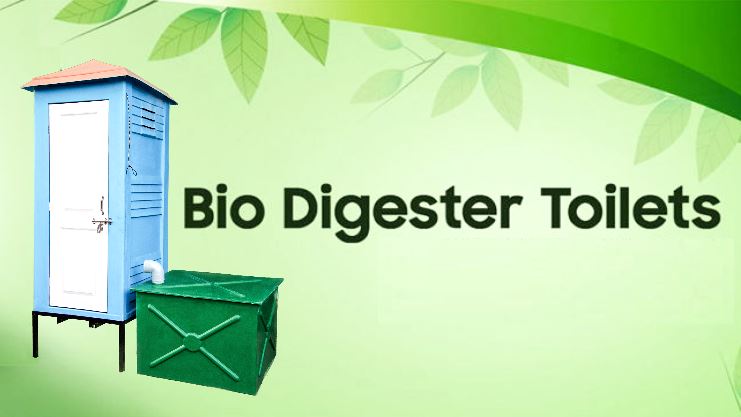 The development of Bio-Digester technology has been a major advancement in the sanitation sector and will definitely see a major progress in the years to come.

A major advantage of these live septic tanks in conventional toilets is that, it can be converted into a Bio-Digester tank and only 30 per cent of its space is required as compared to a septic tank.

These tanks can be customized based on the requirements of the local conditions, and can operate in temperatures ranging from minus (-) 20 degrees to 50 degrees. It can be used in independent houses, apartment blocks, schools and other educational institutions and hostels and now is being used in the Indian Railways and by the armed forces as well.

In most urban areas, septic tanks and open wells are located in close vicinity leading to the contamination of well water.  Bio-digester tanks eliminate such issues. These tanks are also low on installation costs and maintenance for the lifetime, as the anaerobic microbial inoculum is fed only once. It feeds on the faecal matter and multiplies by itself.

It is of utmost important to use Bio – Digester Tanks. Know Why?

There has been a huge increase in problems leading to aesthetic nuisance, threat of organic pollution & several infectious diseases in epidemic percentages due to contamination of ground water and drinking water resources in highly populated and developing countries, like India. In rural areas about 10% of houses have toilets and rest of the people go to open defecation. Population in the cities although have better access to the toilets but only to the tune of 70%. Such untreated waste is responsible for several diseases like dysentery, diarrhoea, viral hepatitis, cholera, typhoid etc. taking the life of lakhs of children annually.

Adoption of Bio- Digester tanks has now been a major solution for resolving the problems of un-decomposed human waste. This technology converts the human waste into usable water and gasses in an eco-friendly manner which can then be utilized for energy/ cooking and water for irrigation purposes.

Download the brochure by filling out the form below
Enquire Now

We are glad that you preferred to contact us. Please fill our short form and one of our friendly team members will contact you back.